Could Wine and Peanuts Protect Against Alzheimer’s? 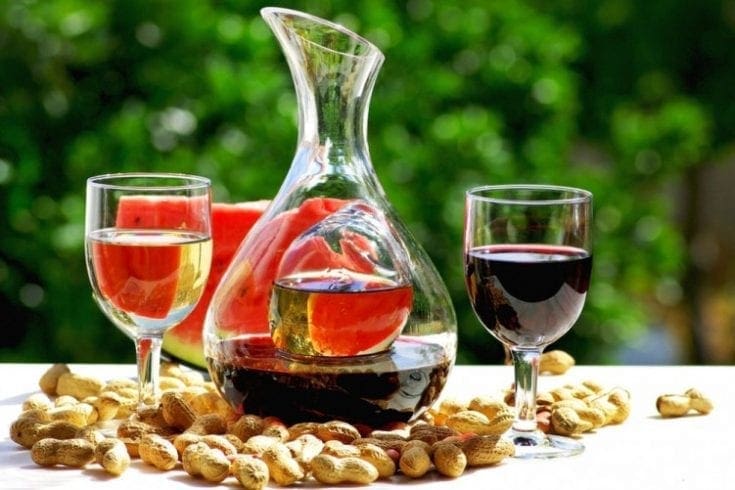 There has been much debate as to whether red wine is good for the health or not, with most agreeing that a glass or two can certainly serve to cheer you up if nothing else! However, a recent study has revealed that an antioxidant, found in both red wine and peanuts, may provide the key to addressing the problem of Alzheimer’s disease, and other age-related mental deterioration.

Resveratrol: The New ‘Wonder’ Antioxidant?
Peanuts and red wine both contain a specific antioxidant, called resveratrol. In the past, resveratrol has been noted for its potential to reduce the risk of developing heart disease; but now scientists believe it offers further benefits to your health.

The research was led by Professor Ashok K. Shetty from the Department of Molecular and Cellular Medicine who is also Director of Neurosciences at the Institute for Regenerative Medicine in Texas. He and his team discovered that resveratrol is effective in protecting cells from deteriorative damage, and that it has a positive effect on the hippocampus; the part of the brain responsible for dealing with memory, emotional response and learning.

The antioxidant may, in the future, be useful for preventing or treating Alzheimer’s Disease and other age-related neurodegenerative conditions.

The Details of the Study
Shetty and his team used rats to explore the effect of the antioxidant on the brain, as both humans and animals demonstrate deterioration in brain function after middle age.

Observing the rats, researchers noted that those who had been treated with resveratrol demonstrated reduced deterioration in terms of memory, mood and ability to absorb information, than those who had not received any dosage of the antioxidant.

“The results of the study were striking,” Professor Shetty reports. He goes on to note that “for the control rats who did not receive resveratrol, spatial learning ability was largely maintained but ability to make new spatial memories significantly declined between 22 and 25 months.” However, in the rats who had received doses of resveratrol, both memory performance and spatial learning noticeably improved.

How Does it Work?
In simple terms the antioxidant helps to encourage the development of neurons within the brain to a significant degree. In fact, the rats who were given resveratrol had roughly double the level of neuron growth and development than their resveratrol-free counterparts.

The antioxidant also appeared to boost blood flow, improve microvasculature and reduce inflammation in the region of the brain that deals with memory and learning.

Of course the research is in its early stages but, as Professor Shetty says, it “provides novel evidence that resveratrol treatment in late middle age can help improve memory and mood function in old age.”

Whilst most doctors certainly wouldn’t advise overindulging on red wine and peanuts every evening, it now seems more likely that both offer a level of benefit, both for the brain, and for the rest of the body.