Can Chocolate Be Part Of A Healthy Diet? 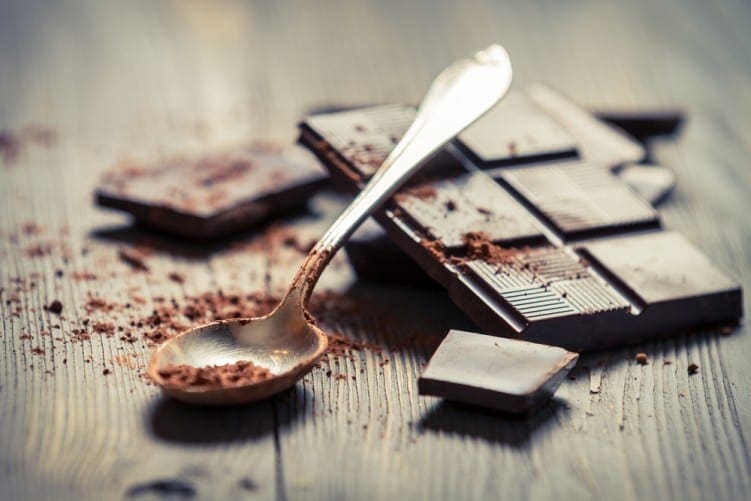 Chocolate is the ultimate comfort food; we turn to it in times of stress, it consoles us when life gets us down and it puts us in a good mood. But is it at all healthy? Some experts maintain that too much of the sweet stuff could contribute to obesity, type 2 diabetes and heart disease. However, other scientists suggest that consuming chocolate can actually help to keep you healthy. With so much conflicting evidence, it is difficult to know what to believe. So let us take a look at the possibilities.

Cocoa beans – from which chocolate is made – are believed to contain more than 300 compounds that are beneficial to health. They are packed full of flavonoids and flavanols, such as anthocyanidin and epicatechins. These are antioxidants which are known to destroy free radicals in the body. These free radicals are chemicals which can cause damage to DNA and other cell compounds, accelerating ageing and contributing to heart disease, cancer and other diseases. The darker, the more flavonoids and flavanols which is why the majority of studies have hailed dark chocolate for its health benefits.

Cocoa beans also contain dopamine, phenylethamine and serotonin, all of which are known to enhance mood and promote feelings of well-being.

When considering the possible health benefits detailed in the studies referred to above, it is important to note that more evidence is required before the links can be said to be conclusive.

We should also remember that chocolate has a high fat and sugar content, which can lead to weight gain if consumed in excess amounts, raising the risk of heart disease, diabetes and other conditions. But these studies suggest that chocolate may be beneficial in moderation as part of a healthy diet and lifestyle.

If you would like to receive regular updates on health, wellbeing, diet and nutrition plus many other topics related to health issues especially relevant to the over 50s, why not Like us on Facebook, or sign up to our free newsletter, The Best of Friends via this link.