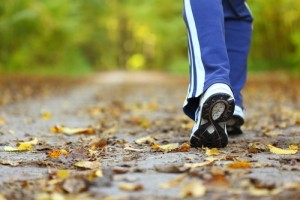 Many of us are no strangers to the enjoyment to be found in the sweet taste of chocolate. While it can often be difficult to resist the temptation to indulge in a sugary snack over a healthy one, a new study suggests that a small amount of physical activity could be all it takes to get rid of chocolate cravings.

Past research has shown that 97% of women and 68% of men experience food cravings, and that a hankering for sugary snacks can be particularly triggered by specific situations, such as feeling stressed or upset. Researchers at the University of Innsbruck, Austria, set out to determine whether these cravings for chocolate and similar snacks could pushed aside by replacing sedentary behaviour with bouts of physical activity.

The study included 47 overweight people, with an average age of 28, who were asked not to eat chocolate or other high-calorie sugary snacks for three days. They were then randomly split into two groups – one of which had a brisk walk on a treadmill, while the other group sat quietly for the same period. Afterwards, all participants were required to sit quietly for five minutes, then take a test called the Stroop test, which is known to elicit high levels of stress.

It was found that while the test did induce stress among all participants, and the stress did trigger sugar cravings, participants who were part of the treadmill group reported decreased cravings in comparison to the sedentary group. Similarly, the treadmill group demonstrated lower levels of cravings while handling sugary snacks than the other group – a difference which was determined through the measuring of pulse rates.

The researchers suggest that exercise may lower the urge to consume sugary snacks to regulate mood because the activity itself makes people feel better. Therefore, the stimulation of exercise negates the need for the stimulation provided by chocolate or similar foods.

“Short bouts of physical activity may reduce the craving for sugary snacks in overweight people,” the authors conclude. “When snacking has become habitual and poorly regulated by overweight people, the promotion of short bouts of physical activity could be valuable for reducing the urge to consume at times when the person may be particularly vulnerable, such as during stress and when snack foods are available.”