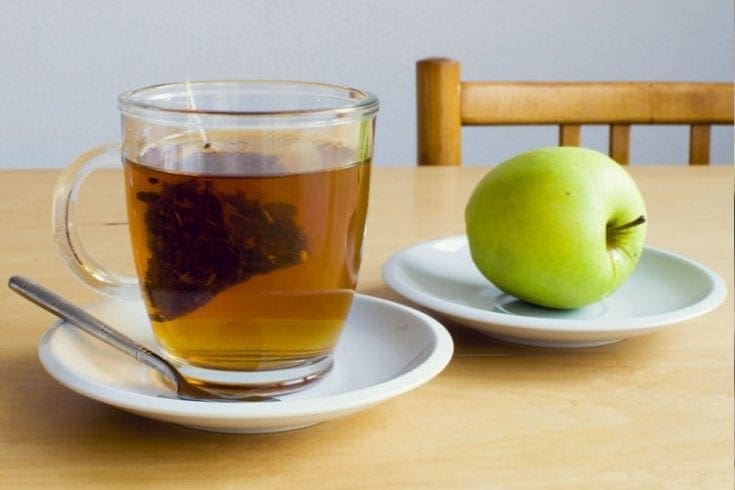 Dietary studies have demonstrated the health benefits of many foods, with some showing that eating a large enough amount of fruit and vegetables may reduce the risk of serious chronic conditions, such as heart disease and cancer. Now a new study has examined the effects of green tea and apples on the body and in doing so, uncovered a mechanism by which these protective effects are gained.

Some fruit and vegetables contain a high amount of compounds called polyphenols, which can provide certain health benefits. A team at the Institute of Food Research (IFR) found that the polyphenols in green tea and apples block a signalling molecule called VEGF, which can trigger atherosclerosis (a condition where the arteries become narrowed and hardened) and is a target for some anti-cancer drugs.

“If this effect happens in the body as well, it provides very strong evidence for a mechanism that links dietary polyphenols and beneficial health effects,” says Dr Paul Kroon, Research Leader at IFR.

The signalling function of VEGF is associated with a number of harmful processes in the body, and plays a role in the progression of cancer as well as the risk of heart attacks and stroke. By blocking these signals, polyphenols may significantly reduce the chance of developing these health conditions.

While past research has implied that dietary polyphenols may inhibit VEGF signalling, this new study is the first to provide evidence that polyphenols can directly interact with VEGF to block its signals, at the levels you would see in the blood stream after eating polyphenol-rich foods. The study adds to the long list of reasons to maintain a diet rich in fresh fruits, vegetables and green tea.