5 Supplements for a Healthy Heart 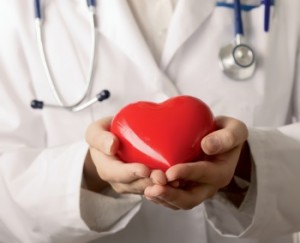 Health organisations assure us the best way to maintain a healthy cardiovascular system is a diet low in saturated fat and getting plenty of exercise. But there are millions who regularly take dietary supplements in the hope they will help too.

According to statistics from the NHS, 19% of the supplement market is attributed to products for a healthy heart. But how can we be sure these products are effective and safe?

The Best of Health takes a look at five widely used supplements, and the research and clinical findings surrounding them, which can help contribute to our heart health.

Niacin, or nicotinic acid, is a member of the vitamin B complex, B3 to be precise, and it occurs naturally in plants and animals. It is used as a supplement to lower cholesterol and triglycerides in the blood, and also to treat atherosclerosis – coronary artery disease. In an extensive evaluation entitled ‘The Coronary Drug Project’, it was found that niacin was the only cholesterol lowering agent to reduce overall mortality.

The NHS line is that niacin may be offered to people with a high triglyceride level, but they warn that it should be monitored carefully and not be used by those with diabetes, liver disease, digestive problems, stomach ulcers, or those at risk of developing these conditions.

This supplement contains compounds that are chemically related to statins, the widely prescribed drugs used for cholesterol reduction. Red yeast has been found to raise HDL – good cholesterol, and because a raised level of HDL helps to eliminate LDL – bad cholesterol, from the bloodstream, it is thought to decrease the risk of heart disease.

The NHS, on their news website, review a large study involving 5,000 Chinese adults who had previously had heart attacks. The study was conducted by Dr Zongliang Lu from the Chinese Coronary Secondary Prevention Study Group. The study concluded that red rice yeast extract did have beneficial effects. 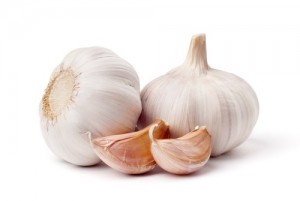 Apart from its power to ward off vampires, and give us quite a bit of bad breath, garlic has a long history of health benefits. Recent research suggests that it may be effective against high blood pressure, cardiovascular disease and high cholesterol. Taking garlic in capsule form is a popular choice, as it avoids certain anti-social drawbacks.

It is believed that hawthorn has a relaxing effect on the arteries, which in turn improves circulation. Hawthorn berry extracts are used in traditional medicine to treat chronic heart failure and high blood pressure.

A recent scientific review of several double-blind controlled trials on the use of hawthorn for heart failure is published in the Cochrane Database of Systematic Reviews. The findings showed significant benefits in symptom control. These are very encouraging results for a dietary supplement.

The main benefit of eating oily fish is a nutrient called omega-3, a fatty acid that can reduce inflammation throughout the body, including blood vessels. For this reason, many studies have taken place to establish whether taking omega-3 as a supplement may have a beneficial effect on the cardiovascular system.

Research is ongoing, but so far studies have proven inconclusive. In view of this lack of evidence, the National Institute for Clinical Excellence guidelines, published in September 2014 says people should not be recommended to take omega-3 fatty acid supplements for the “primary prevention of cardiovascular disease.” So, basically, the jury is still out on this one, though it a clear benefit for heart health.