5 Food Ingredients to Soothe Your IBS 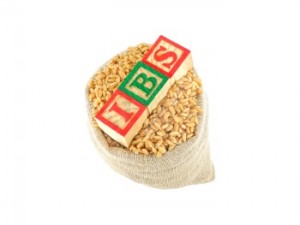 Although suffered by hundreds of thousands of people in the UK – it is estimated 10% to 20% of the population, in fact – irritable bowel syndrome (IBS) is very much an individual disorder. While stress and genetics are both believed to play a part in the development of IBS, diet has been found to be one of the biggest culprits. However, even that is complicated by the fact that foods, which have no effect on one person, can cause another sufferer to have severe stomach cramps, diarrhoea or constipation and flatulence.

Eating can seem very difficult for people with IBS, as their diet can seem very restricted. However, the good news is that there are some ingredients in everyday foods that, instead of causing symptoms, will actually reduce or alleviate them. If you are a sufferer of IBS, incorporating the following ingredients into your diet might just help you.

Oats are a good source of soluble fibre, and make it onto the NHS’s diet list for IBS treatment. They make a good substitute for wheat, which is considered a major culprit in the development of IBS. Oats provide valuable nutrients, including unique antioxidants called avenathramides, which have cholesterol-lowering functions, as well as, of course, easy-to-digest fibre. They also contain a variety of vitamins and minerals. According to a study published in The European Journal of Clinical Nutrition, and referred to by the Whole Grains Council in the US, oats are particularly beneficial in increasing levels of vitamin B1 and magnesium in those people on a gluten-free diet. Oat milk can also be used as a milk substitute for those who find lactose-containing milk to be a trigger for their symptoms. 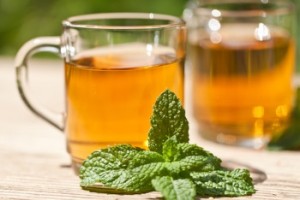 Peppermint oil is a smooth muscle relaxant. As the intestine wall is made of this type of muscle, peppermint can act to reduce flatulence, ease bloating, and calm an irritated bowel. Coffee is known to be a trigger for many IBS sufferers, and you may benefit by switching your daily drink from coffee to peppermint tea. The National Institute for Health and Clinical Excellence (NICE) recommends peppermint as a frontline treatment, with the British Medical Journal confirming peppermint oil as particularly effective for IBS.

Although it seems odd to talk about bacteria as an ingredient in food, there are foods in which bacteria play an important and valuable part. One of the causes of IBS is known to be a disturbance in the bacteria in the gut. Probiotics are products that contain bacteria, which help to rebalance the bacterial growth in the intestine. Although research is conflicting on the effects of probiotics, many sufferers swear by them, and NHS Choices finds that probiotic supplements may help in relieving symptoms of IBS. The most commonly available supplements contain the bacteria acidophilus. Probiotic foods include live yogurts, which can be a very useful ingredient in the IBS diet, or more unusual fermented foods, such as sauerkraut or kimchi, a Korean fermented vegetable dish.

Linseed, or flaxseed, has several properties that can be particularly good for IBS. NICE also supports the use of linseed to help treat the condition. Linseed contains soluble fibre, which turns to a gel on contact with water in the digestive system. This slows the passage of food through the gut and so reduces diarrhoea. Linseed also contains high amounts of omega-3 oils, which have an anti-inflammatory effect. It acts as a prebiotic in the lower gut, providing a source of nutrients for the ‘good’ bacteria found there. Linseed can be bought prepared in a variety of forms, including flour, oil and whole seed. 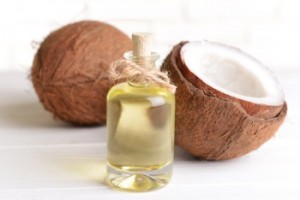 Coconut oil is hailed as a miracle food for many conditions, and IBS is no exception. Although scientific evidence is inconclusive, a paper in The Journal of Nutrition found it may have therapeutic effects for people with Crohn’s disease – a disorder found to have similar symptoms to IBS. Coconut is said to be anti-inflammatory on smooth muscle, and to have antibacterial properties – which can be significant for IBS, as one of the causes is thought to be a proliferation of ‘bad’ bacteria. As well as being used in cooking, it can be taken as a dietary supplement.